The crowning of Miss Mpumalanga 2020 postponed

You are here:
Events 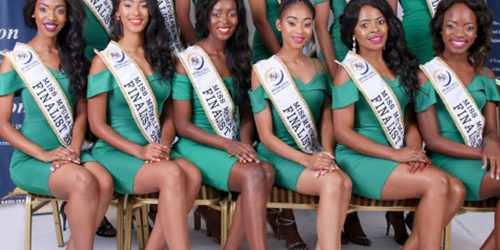 According to a statement issued by the organising company of Miss Mpumalanga, Mzimari’s CEO, Gugu Nyarenda, in response to President Cyril Ramaphosa’s declaration of the Corona virus as a national disaster, it had been decided to postpone the crowning of the latest Miss Mpumalanga. The Mpumalanga Economic Regulator (MER), had agreed with these measures.

The crowning of Miss Mpumalanga annually attracts more than 3 000 guests. This year, it would be celebrating its 10th anniversary and had been scheduled to take place at the Communio Auditorium in Nelspruit on April 18.

“It’s a national disaster that not only affects South Africa, but the world as a whole. As Mzimari Productions, working hand in hand with Provincial Government in developing the girl-child, we’ll ensure that we adhere to all prescripts in tackling Corona virus, head-on, side by side with the entire community,” Nyarenda said. She also said the offices of Mzimari Productions would be closed for this period,

“We are protecting our staff who use public transport like taxis and buses to and from work daily. Because things are on hold, there’s nothing to be preparing for at the moment, its better they stay home and be safe.”

News and Media
Go to Top